Catbalogan, in the Philippines, is situated at the core of the “Coral Triangle”, which is recognized as the global center of marine diversity. The area also has one of the longest shorelines in the world, and ranks highly on exposure to climate change-related risks. The city itself is within the Super Typhoon Haiyan Corridor, which generates the world’s strongest typhoons.

As well as being a threat, the shoreline is a provider. Ninety-two kilometers long, the shoreline is one of the country’s 12 major fishing grounds, and has made the Catbalogan into what it is today: the “Samar Island Center of Commerce and Trade”.

Today, this prosperity is under threat from a number of changes. Over-fishing, unregulated land conversion, poor infrastructure planning, and the impacts of climate change plunged the city into extreme poverty. The city witnessed sustained environmental degradation, increasing migration, a decrease in the quality of basic services, a weakened food supply chain, increased unemployment and poverty, and the exposure of 80% of the city’s population to climate change-related shocks.

One of the two City Resilience Strategies developed to combat these changes is the “Fish Hunting to Fish Farming Program.” This project involves building a bridge to restore the tidal current that has been constricted by a 40-year-old man-made causeway connecting the Samar Mainland to the airport island of Buri. Such an action would create a 1,000-hectare Marine Park capable of supporting an integrated industry-based economy (fish farming, feed mill, commercial farming, and livestock farming) via a public private partnership initiative. The city itself would contribute to this industry through the “Idle Farmland Re-Consolidation for Commercial Farming” program, which would transform 10,500 hectares of currently idle land. This land would serve as a carbon sink.

By allowing fish to be farmed within an enclosed space, the Marine Park would dramatically reduce the amount of travel required by fishers. In the late 1980s, around 60,000 small fishing boats and 30 commercial trawlers were operating in the area. This number has been dramatically reduced by dwindling fish stocks and the impacts of climate change. However, the boats that remain still generate significant amounts of greenhouse gases, consuming around 2.3 million liters of diesel and gasoline per month. This equates to around 4,500 metric tons of CO2 emissions per month.

With the TAP Fish Hunting to Fish Farming Framework Plan, CO2 emissions from fishing will be reduced by half by 2019 or 26,500. 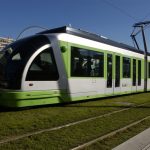