The Transformative Actions Program (TAP) showcased local and subnational climate action at COP21 in Paris, as local and subnational governments from around the world presented their ambitious, inclusive and cross-cutting plans for climate change mitigation and adaptation at the Cities & Regions Pavilion – TAP2015. Over 80 projects were presented at the Cities & Regions Pavilion, and each of the 120+ projects of the 2015 TAP pilot were on display throughout the two-week event.

The Cities & Regions Pavilion is a key pillar of the TAP, designed to enhance the visibility and credibility of transformative actions every year at the UNFCCC COPs. Through this forum, TAP offers local and subnational governments a space where they can present their projects and action plans, while engaging with potential financing and implementing partners.

The Cities & Regions Pavilion at Paris-Le Bourget – the site of the historic COP21 – was the first Pavilion held as part of the broader TAP initiative launched and managed by ICLEI – Local Governments for Sustainability.

A collaborative enterprise involving numerous partners, the two-week Cities & Regions Pavilion was co-hosted by Paris and European Green Capital 2015, Bristol, and facilitated by ICLEI. The Pavilion served as the focal point for local and subnational action around COP21, along with the Climate Summit for Local Leaders on 4 December at Paris City Hall.

The Pavilion program was full of sessions that focused on the TAP. Nearly each day featured “TAP Time” sessions with projects from Europe, North America, Latin America, Africa, South Asia, East Asia and Oceania. In addition, special sessions were held to present projects from France, Brazil and Indonesia and the Philippines, along with thematic sessions for projects focusing on street lighting and education. The program also featured two “TAP Talks” sessions, in which Jeffrey Sachs, Director of The Earth Institute at Colombia University, and Sir David King, the UK Foreign Secretary’s Special Representative for Climate Change, engaged with local leaders to debate and exchange their ideas on climate change and sustainability.

On 9 December, during the Pavilion, ICLEI, Global Infrastructure Basil (GIB) and Natixis announced that the next round of TAP projects will have access to the SuRE® Standard, a recently launched tool developed by GIB and Natixis, that enables the evaluation of infrastructure projects on their way to being designed, built and operated in a sustainable and resilient way.

The Pavilion marked the introduction of the TAP to a global audience. It is a key step in the process of accelerating local climate action by packaging the most ambitious local climate plans, with the aim to attract investments funding institutions. This is a critical step for local and subnational governments that are ready to act on climate change. Following the successful pilot of the TAP, ICLEI and partners will continue to collect transformative actions to present at future COPs with the support of the Lima-Paris Action Agenda (LPAA) Five-Year Vision. 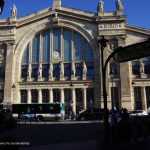 TAP Review Panel meets for the first time in ParisNews 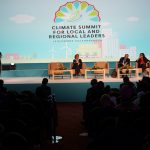 TAP featured in Marrakech Roadmap for Action at COP22News