TAP featured in Marrakech Roadmap for Action at COP22

COP22, the United Nations Climate Change Conference in Marrakech, Morocco, ended on a positive note. The key message was that there is no going back: nations and a vast array of non-Party actors – local and subnational governments, business, civil society – will progressively increase their efforts to tackle climate change and shift away from fossil fuels.

The issue of how to finance such an unprecedented global endeavor took center stage during the conference, and it was reflected in the final Marrakech Action Proclamation for Our Climate and Sustainable Development, a message from nations which called for “an increase in the volume, flow and access to finance for climate projects, alongside improved capacity and technology, including from developed to developing countries”.

Access to climate finance was also one of the key themes of the second Climate Summit for Local and Regional Leaders, which was held in parallel to COP22 with 1,100 participants representing over 780 local and subnational governments.

The summit culminated with the release of the Marrakech Roadmap for Action, which reaffirmed the role of local and subnational governments as key partners to support the design and implementation of Nationally Determined Contributions (NDCs) and National Adaptation Plans (NAPs).

The Transformative Actions Program (TAP) is an innovative initiative that aims to catalyze and improve capital flows to cities, towns and regions and strengthen the capacity of local and subnational governments to access climate finance and attract investment. By participating in the TAP, cities, towns and regions take proactive steps and access a network of partners that offer support services that increase their visibility, better position them to access climate finance and encourage innovative and replicable local financing mechanisms. The TAP is open to local and subnational governments seeking project funding or visibility.

The intention behind the Transformative Action Program received quite a bit of attention at COP22, as events and dialogues highlighted the need for initiatives to bridge the gap between local climate projects and funding opportunities that are inaccessible to local governments or overly complex.

In fact, to help address gaps in the distribution of financial resources, the Marrakech Roadmap for Action will also launch two new initiatives:

– In 2017, the Global Campaign for Localizing Climate Finance

– In 2020, a Global Action Framework for Localizing Climate Finance 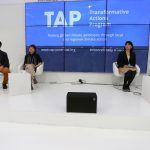 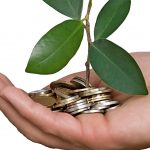