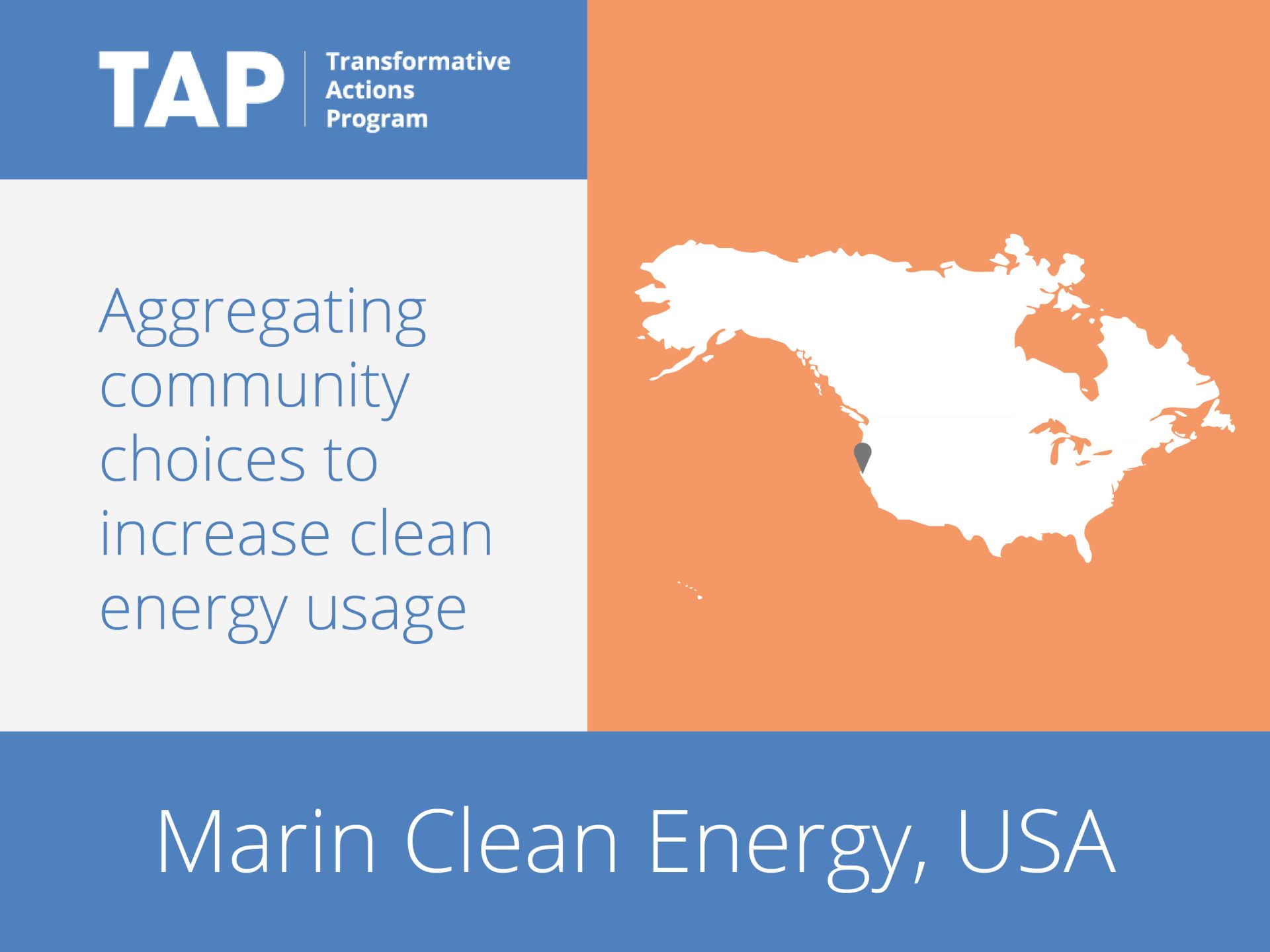 The majority of electricity customers in California do not have a choice of electricity service providers. Most are served by investor-owned monopoly utilities. However, in 2010 Marin Clean Energy (MCE) began providing customers in Marin County with another choice through a model called “community choice aggregation” (CCA). The CCA model puts decision making regarding the procurement of electricity in the hands of local government through a Joint Powers Authority (JPA) comprised of an elected official from each member city, town or county. By reducing the carbon content of the electricity used by customers across all sectors, MCE is able to create significant greenhouse gas reductions for its member jurisdictions.

This website uses cookies to improve your experience while you navigate through the website. Out of these cookies, the cookies that are categorized as necessary are stored on your browser as they are as essential for the working of basic functionalities of the website. We also use third-party cookies that help us analyze and understand how you use this website. These cookies will be stored in your browser only with your consent. You also have the option to opt-out of these cookies. But opting out of some of these cookies may have an effect on your browsing experience.
Necessary Always Enabled
Necessary cookies are absolutely essential for the website to function properly. This category only includes cookies that ensures basic functionalities and security features of the website. These cookies do not store any personal information.
SAVE & ACCEPT
Enhancement of the Saint-Jacques ecology (Mise en valeur de l’écoterritoire de la falaise Saint-Jacques)
Climate Action Plan: Framework