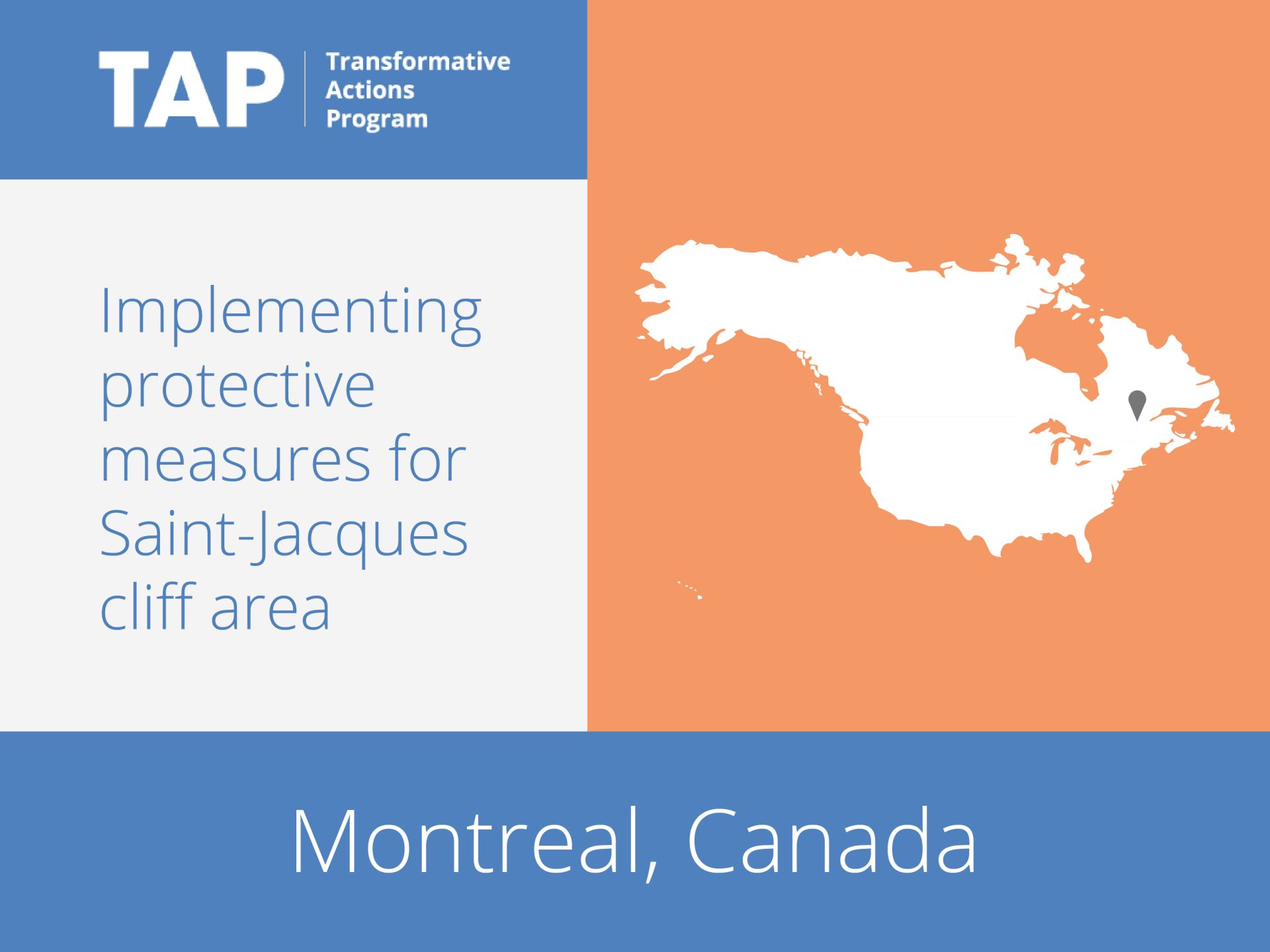 The Saint-Jacques cliff in Montreal is one of 10 ecoterritories identified by the municipality as areas of particular importance. To regenerate this site, Montreal has developed a plan that has been unanimously approved by all stakeholders. The city will develop a public space accessible to citizens offering diverse facilities; a green strip of land at the foot of the cliff; wetlands to manage storm water, which will also contribute to an increase in biodiversity and to a diverse habitat for wildlife; and a bridge connecting the cliff space to neighboring districts and parts of the surrounding territory. The various measures will also help with problems including air pollution and the urban heat island effect.

This website uses cookies to improve your experience while you navigate through the website. Out of these cookies, the cookies that are categorized as necessary are stored on your browser as they are as essential for the working of basic functionalities of the website. We also use third-party cookies that help us analyze and understand how you use this website. These cookies will be stored in your browser only with your consent. You also have the option to opt-out of these cookies. But opting out of some of these cookies may have an effect on your browsing experience.
Necessary Always Enabled
Necessary cookies are absolutely essential for the website to function properly. This category only includes cookies that ensures basic functionalities and security features of the website. These cookies do not store any personal information.
SAVE & ACCEPT
100% Renewable Energy Municipal Buildings by 2025
CCA Expansion