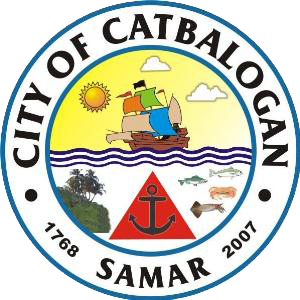 80 percent of Catbalogan’s old city is at risk from landslides, storms and floods. It is also highly congested. To tackle these issues, Catbalogan is building a new city, called Sky City, on 440 hectares of land 120 meters above sea level. Sky City will be structured to facilitate four aspects: learning, working, playing and resting. It is designed to encourage walking and biking to reduce transport emissions. Power will come entirely from renewable sources (geothermal, wind, hydro and solar), and every household unit will incorporate a garden. Sky City will be a model of sustainability for the country and the world.

The project has a high up-scalable value or features – underpinning the following: local, regional, national and global climate change mitigation and adaptation relevance. From local context, it will be a decongestant or renewal device wherein 80% of the Old City Center is landslide, storm surge and flood prone. From regional perspective, based from ST. Haiyan Experience, the Sky City will be the alternate regional center and at the same time a “City Size Regional Evacuation or Relocation Center” in lieu to the climate change vulnerabilities caused by the Highly Urbanized City of Tacloban City and to the rest of ST. Haiyan Corridor. From national perspective, a human catchment city of mega cities vulnerable to disaster and to the brunt of climate change – such as the high density of Metro Manila, the Capital of the Philippines.

The project compactness yet sprawling is anchored on walkability and bikeability to minimize carbon footprint. Inside the Sky City there will be multiple small clustered Centers wherein its mass transport system terminals will be just within the City and/or within 15 minutes walking distance.

This website uses cookies to improve your experience while you navigate through the website. Out of these cookies, the cookies that are categorized as necessary are stored on your browser as they are as essential for the working of basic functionalities of the website. We also use third-party cookies that help us analyze and understand how you use this website. These cookies will be stored in your browser only with your consent. You also have the option to opt-out of these cookies. But opting out of some of these cookies may have an effect on your browsing experience.
Necessary Always Enabled
Necessary cookies are absolutely essential for the website to function properly. This category only includes cookies that ensures basic functionalities and security features of the website. These cookies do not store any personal information.
SAVE & ACCEPT
Energy Efficiency for Everyone – Bristol’s Billion: Scaling up investment
Common model and initiator of citizen change in sustainable energy management (Commune modèle et initiatrice d’un changement citoyen en matière de gestion énergétique durable)