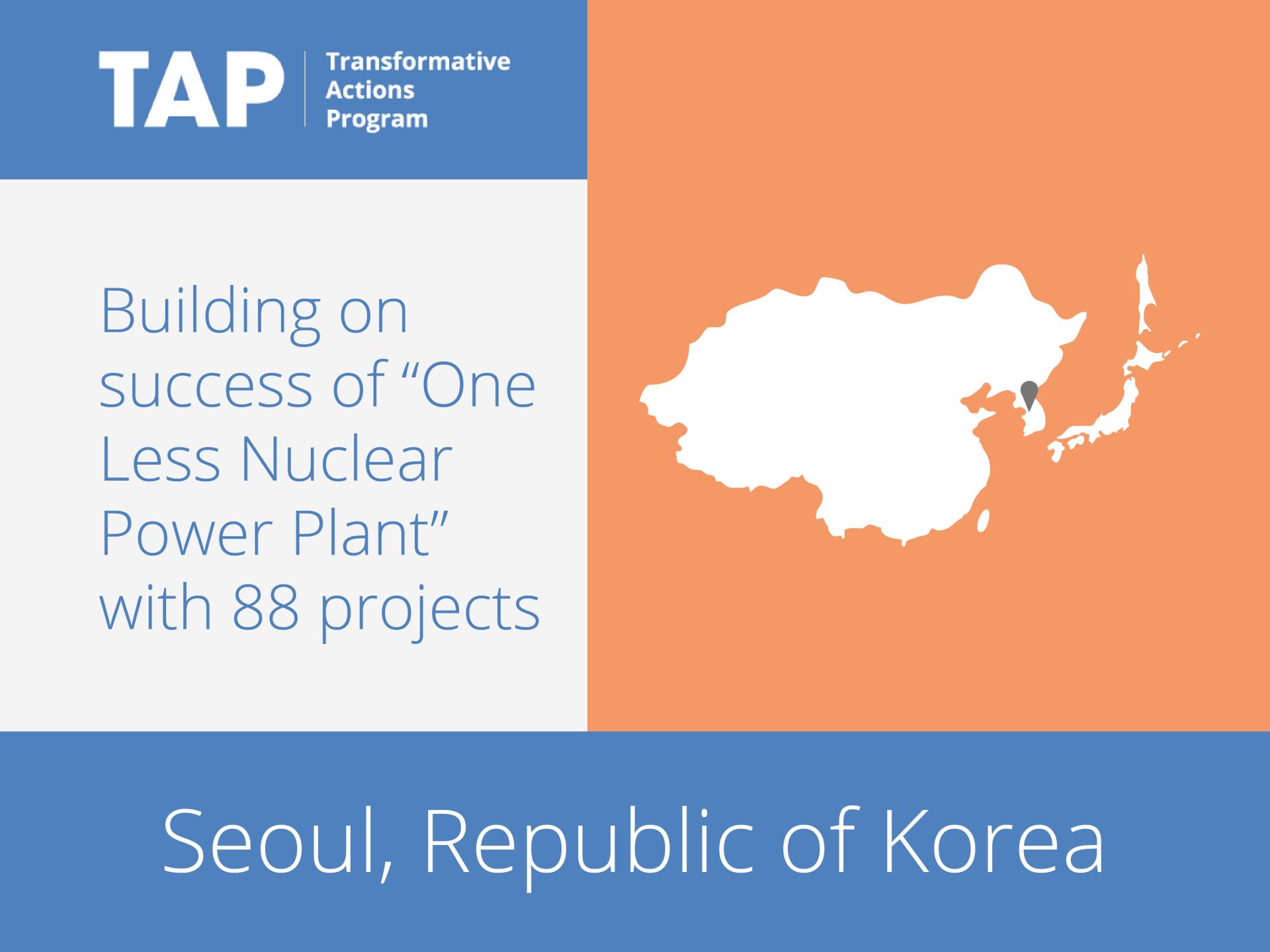 Seoul’s “One Less Nuclear Power Plant” initiative was implemented in order to respond to the potential crisis caused by the continually rising demand for electricity. The project generated rapid reductions in electricity, gas and oil consumption and Seoul was able to achieve its goal of saving two million TOE. In the second phase, Seoul is carrying out 88 projects to achieve energy self-sufficiency and to promote sharing and participation. The city is pursuing four major policy goals:

This website uses cookies to improve your experience while you navigate through the website. Out of these cookies, the cookies that are categorized as necessary are stored on your browser as they are as essential for the working of basic functionalities of the website. We also use third-party cookies that help us analyze and understand how you use this website. These cookies will be stored in your browser only with your consent. You also have the option to opt-out of these cookies. But opting out of some of these cookies may have an effect on your browsing experience.
Necessary Always Enabled
Necessary cookies are absolutely essential for the website to function properly. This category only includes cookies that ensures basic functionalities and security features of the website. These cookies do not store any personal information.
SAVE & ACCEPT
Guangzhao Wetland Smart Microgrid Demonstration Park Project (光采濕地智慧微型電網示範園區計畫)
Cycle Rental Scheme