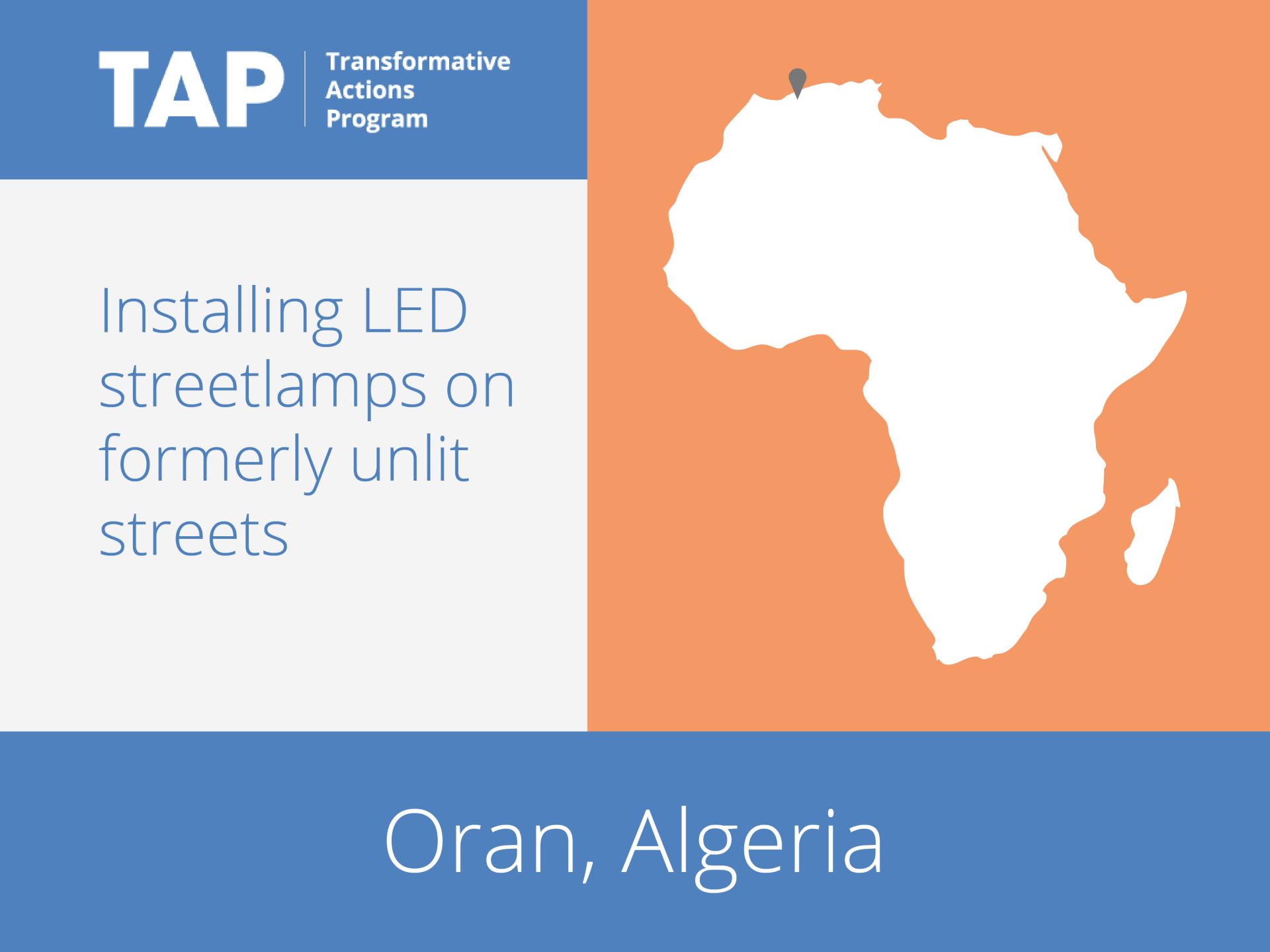 LED lighting has never been implemented in Oran. The current project will replace existing traditional lightbulbs with LEDs or will install new LED streetlamps on formerly unlit streets. The project currently covers two pilot streets, but the municipality plans to extend it to the entire city. The project began with an audit of street lighting in Oran and the development of a geographic information system (GIS) for better management of street lighting. From a social perspective, the project will increase security at night by providing better lighting, which will also stimulate economic activity. From an environmental perspective, the project will reduce CO2 emissions by decreasing energy consumption.

This website uses cookies to improve your experience while you navigate through the website. Out of these cookies, the cookies that are categorized as necessary are stored on your browser as they are as essential for the working of basic functionalities of the website. We also use third-party cookies that help us analyze and understand how you use this website. These cookies will be stored in your browser only with your consent. You also have the option to opt-out of these cookies. But opting out of some of these cookies may have an effect on your browsing experience.
Necessary Always Enabled
Necessary cookies are absolutely essential for the website to function properly. This category only includes cookies that ensures basic functionalities and security features of the website. These cookies do not store any personal information.
SAVE & ACCEPT
Composting facility in the Wilaya of Oran
Household waste sorting at the source pilot project in two neighbourhoods: Akid Lotfi and AADL Pepiniere